What Do You Get For Your Money with Gilder’s Moonshots Subscription?

At the moment of writing – one-year subscription to the Gilder’s Moonshots costs $2,500…

You’ll have 90 full days to decide if George’s ideas are right for you.

Take the next 90 days to look over the Gilder’s Moonshots. If you’re unhappy for any reason, you can contact their member services team within 90 days and receive a full refund. Your FREE gifts — including all of your bonus reports, such as Wealth From The Internet Reboot — are yours to keep, even if you cancel within the next 3 months.

Once you accept your George Gilder’s Moonshots subscription, your credit card will be billed USD $2500 immediately (plus applicable sales tax). You will have the next 90 days to review your service. If you decide to cancel within that 90-day window, Gilder’s team will refund your subscription fee in full. If you choose to lock in this rate through auto-renew, after one year, they will automatically bill your card for another year at the same rate of USD $2500. This “auto-renew” feature does not obligate you in any way.

Who is George Gilder? 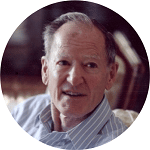 George Gilder, one of the leading economic and technological thinkers of the past forty years, is the author of nineteen books, including Wealth and Poverty, Life After Television, Knowledge and Power, The Scandal of Money, and Life After Google.

He is a founding fellow of the Discovery Institute, where he began his study of information theory, and an influential venture investor. Gilder is also a contributing editor of Forbes magazine and a frequent writer for The Economist, American Spectator, Harvard Business Review, Wall Street Journal, and other publications.

George Gilder is one of the leading economic and technological thinkers of the past forty years, and the author of 19 books, including what the NY Times calls ‘the guide to capitalism’ — Wealth and Poverty). In his newest book, Life After Google, Gilder tackles “The Fall of Big Data and the Rise of the Blockchain Economy”. In it, he discusses a number of companies and models, but is particularly focused on the Hedera hashgraph platform.

He notes that, “Perhaps the most formidable new player is Hashgraph, launched by a Texas company long in stealth called Swirlds (“shared worlds”). A heralded scheme invented by the mathematician Leemon Baird of Carnegie Mellon, it claims to compete with all blockchains and to be unrelated to blockchain technology….”

Gilder goes on to say, “What Leemon Baird invented is a new consensus mechanism that aims to replace the laborious proof-of-work mining operations of bitcoin and Ethereum and eliminate the incidental forks in their processes…”

“This fast and efficient system may well prevail as the bottom layer of blockchains.”

As the Financial Times explains, the book focuses on “… the evolution of Google from the beginning, and why its system of aggregating huge amounts of data to create adverts will inevitably break down…. Gilder likens the current situation — the dominance of Google, Apple and Facebook — to a time when humans thought the world was flat. Our system is 2D, and we will evolve into a 3D one, as it is unlikely that major issues — such as cyber security and privacy, for example — can be solved within the computer systems and networks we use today. The author believes that the likes of blockchain and bitcoins will fundamentally change the system because their very nature will lead to more widely distributed computer power and commerce.”

It’s a compelling paradigm shift, worth exploring in depth.